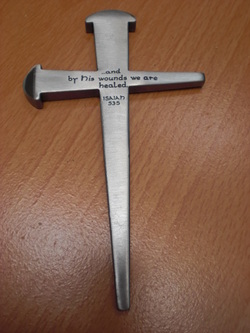 The Anglican Episcopal Church International was created in England to promote a traditional Anglican Communion, as handed down by the preceeding generations of the One Holy Catholic and Apostolic Church of England and to adhere to the orthodox Christian faith, through witness and service to the community, in this age of religious liberalism and secular decadence.

This Communion will offer sanctuary to the frightened and vulnerable in our society, regardless of background, and offer the hope of Salvation to the disenfranchised and ex-communicant from other denominations within our society; through friendship, fellowship and by offering material assistance to those in need.

It will be the duty of all Clergy and Laity, within the Church to visit and befriend the young and old, the needy and vulnerable, the homeless, the sick and the sinner, the dying, all those from whom there is a call for help and whomever is perceived as needing the comfort of a listening ear and a helping hand, regardless of status, colour, class or creed.

By means of practised faith and Christian witness, the Church will build up worshipping and supporting congregations. The Church will create and establish centres of administration and worship to promote and facilitate its programme of commitment and service to the wider community; through faith, and within its published Canons.

An historical examination of this Communion depicts that it is rooted in the teaching of the ancient Church enshrined in the Creeds, and the wisdom of all the Ecumenical Councils of the Christian Church, handed down by our forefathers.  Doctrines that since the Reformation, have been developed and amended to form what we term either as “The Anglican Tradition,” or “Traditional Anglicanism.”

The Anglican Episcopal Church International started life in the United States of America as the Anglican Independent Communion at a time when the old and stable Church of England embarked on its present course of Liberalisation.  Many clergy were dismayed and dissatisfied with the direction in which the C of E was heading and were unhappy with the changes to its liturgy, and the movement towards the ordination of women.

A group of like-minded clergy broke away from the parent Church, and out of this movement the AIC (later to be reformed as the AEC) was born. This branch of the Traditional Anglican Communion was introduced to the UK by Bishop Norman Dutton, who formed the first Diocese of the AIC in these islands. Later Bishop Dutton was consecrated Archbishop and was also appointed the Metropolitan Archbishop of the Anglican Independent Communion Worldwide.

Archbishop Dutton remained the Metropolitan Archbishop for a number of years. In May 2008 in consultation with other members of the bishops and clergy the Anglican Episcopal Church International was formed.

Since the earliest times Christians have met in each others homes to share fellowship, hear the Word of God, offer worship to Almighty God and celebrate the Eucharist. The AEC, at present, does not possess any Church buildings, but instead, gathers in the homes of the Faithful, just as did the early Christians, in rented premises or in private chapels and oratories or the buildings of other Churches.

"The churches in the province of Asia send you their greetings; Aquila and Priscilla and the church that meets in their house send warm Christian greetings."          I Corinthians 16:19 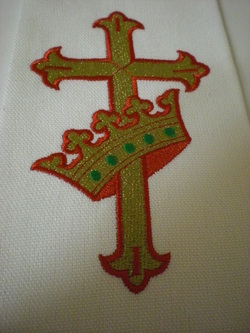